For over 120 years, Machuca Tile has been the pioneer of handmade cement tiles in the Philippines. We are a family-owned cement tile manufacturing company, tracing its beginnings to as far back as 1903. Through the years, we’ve gathered a record of the company’s origins and its journey to the present day. Today, the company is managed by the Machuca family’s 4th generation, humbly growing and nurturing the name that Filipinos have come to associate with high-quality decorative cement tiles. Jose Machuca y Romeo, the founder of Machuca and Company, and the namesake of the “Machuca tile”, is the name Filipinos have historically attributed to decorative patterned tiles. In 1870, he obtained his Bachelor of Arts degree at the Colegio de Cabra in Cordoba. Four years later, in 1874, he finished law in Granada. He arrived in the Philippines in 1875 at a relatively young age of 17. In practicing law, Machuca first became a recorder in the Real Audiencia of Manila, before being assigned as a Judge of the Court of First Instance in Bataan, Albay, and Cebu. He also served as assistant fiscal of the Audiencia Territorial of Cebu, and later as president of the Real Audiencia of Manila. The surname Machuca traces its origins since at least the 15th century. It appears to have come from the Spanish word machar, which means “to grind”, “to hammer”, or “to pound.” This suggests that the family must have been originally characterized as artisans, likely as metalsmiths or stonecutters. Both industries were evidently vital for the tile industry. In addition, Machuca’s hometown of Seville, as well as the sites of his education (Cordoba and Granada), were all known for producing mosaic tiles. It is not difficult to imagine how the young Machuca may have been inspired by the surviving relics of azulejos, and the reemerging Spanish tile industry during his time. Initially, the original name of his company was always thought to be Mosaicos Machuca or Mosaicos de Machuca, which was attested to be founded in 1900. However, available documents show that company has first been known as Barretto, Machuca and Company (Barretto, Machuca y Compania). 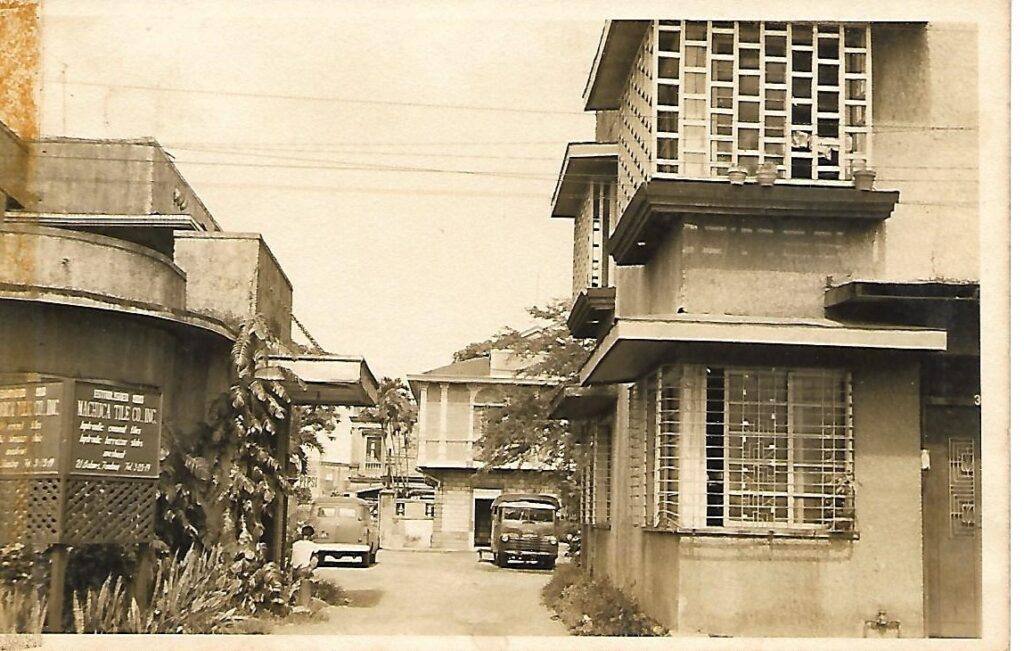 When Machuca returns to Spain sometime between 1876 and 1888, he develops the idea of shifting to cement tiles. At this time, he also gets married to Amparo Sanchez (born 1863). As attested in the 1914 Machuca tile catalog, when he returns to Manila, he later acquires seven electric powered hydraulic presses for the manufacturing of the cement tiles. Electricity comes to Manila only by 1894. In so doing, Machuca waited for the opportunity to procure better technology. This is likely as the spread of the Machuca tile elsewhere in the Philippines begun even before 1900, such as those installed in the Pamintuan Mansion in Pampanga (built 1890), and the Cabatuan Cemetery in Iloilo (built 1894). In the 1914 Catalog, Machuca assumes sole proprietorship of the tile company, which by this time was known as Machuca and Company (J. Machuca y Compania). Barretto died in 1905, and there is evidence that Machuca at this time did not immediately replace him in their partnership. This is reinforced by the 1914 Catalog informing the public that it no longer goes by the name Barretto, Machuca y Compania.

In response to a growing number of local tile companies in the 20th century, Machuca’s expertise expands from manufacturing tiles into production and laying of artificial stones, and manufacturing of cement sewers and pipes. Machuca even entered constructing fountains and mausoleums, such as the Limjap Mausoleum in Manila (1918), and the Arroyo Fountain in Iloilo (1927). Consulting American records, it is evident that two companies dominated the tile industry through the 1920s.

Among Machuca’s better known projects during the 1930s include tiling President Jose P. Laurel’s Paco, Manila residence. While some of the tile companies which were founded in the 1930s remain in operation, it can be said that Machuca’s business can rightly claim the title of being the longest standing mosaic & cement tile company in the Philippines. In fact, a landmark 1982 Supreme Court case initiated by a certain Conrado G. De Leon, who tried to prove that he invented mosaic tiles in 1960, upheld that it was indeed Machuca who first introduced mosaic tile making in the country. Today, the company is being managed by Machuca’s fourth generation, Luis Machuca y Punsalan, who just like the Machuca of the distant past, is an architect by profession. As the patterned cement tile continually develops to produce a possibly infinite amount of combinations, so does Machuca Tile forging on to uphold the quality that had been and will be renowned for decades. GET STARTED ON YOUR TILE JOURNEY